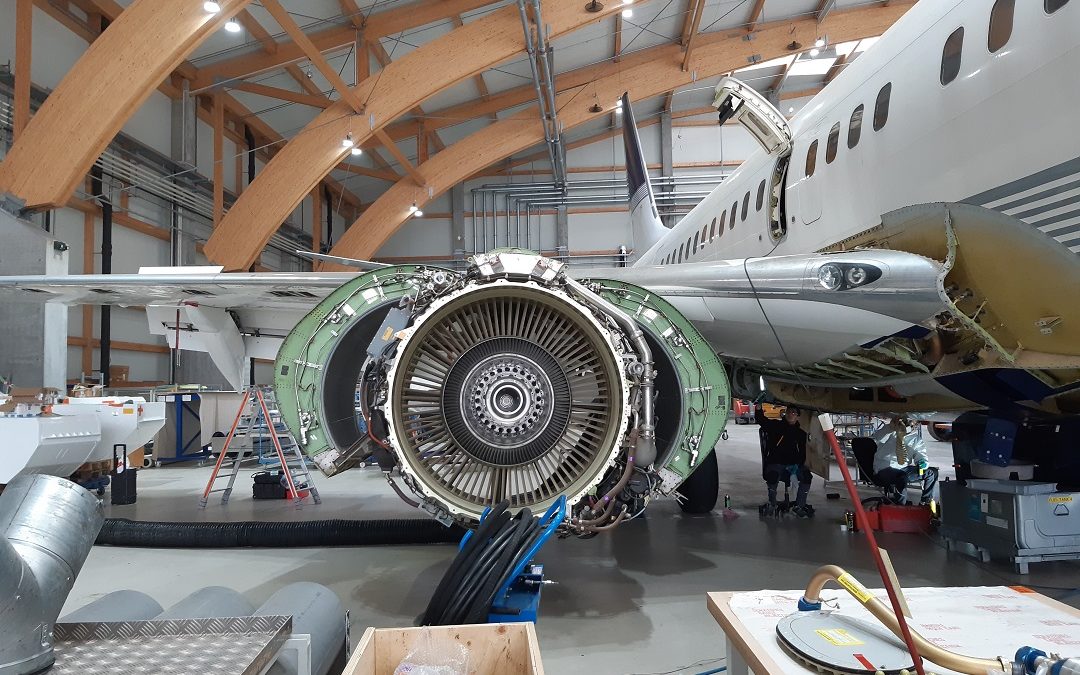 AMAC Aerospace are proud to have completed a heavy base maintenance check on a Boeing B737 in Basel, Switzerland. The privately-owned aircraft underwent an A-, B- and C-Check. Included were ‘Service Bulletins’ (SB’s) and ‘Airworthiness Directives’ (AD’s) that were carried out. A new Ka-Band antenna was installed within a reduced ground time and some major cosmetic work on the cabin was implemented.

AMAC’s Boeing team carried out multiple C-Check’s on a second Boeing B737. To check every corner of the aircraft, the entire cabin had to be removed and re-installed. AMAC installed at the same time a Ka-Band antenna, including numerous connectivity interfaces inside the cabin. The auxiliary fuel tanks of the Head-of-State aircraft had to be remove and re-installed as they were damaged. AMAC were pleased to re-deliver the Boeing B737 on time mid-December.