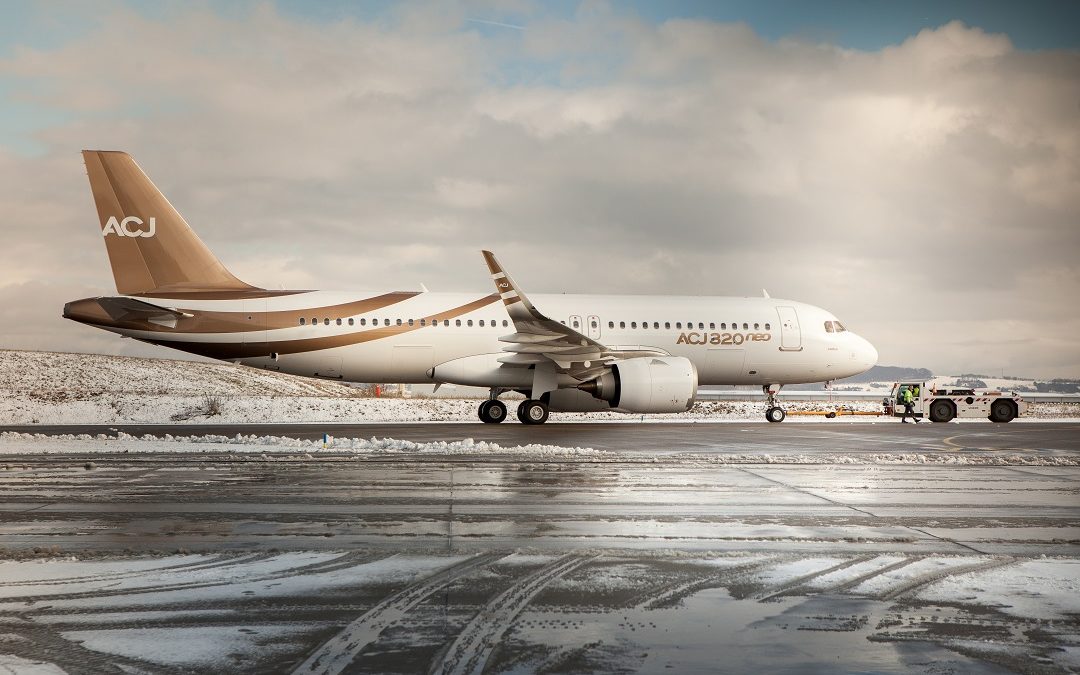 AMAC Aerospace are proud to have completed a major base maintenance check on an Airbus A318. The privately-owned aircraft underwent an A1-, A2-, 1C-Check, Out of Phase (‘OOP’) tasks, and implemented ‘Service Bulletins’ (SB’s) and ‘Airworthiness Directives’ (AD’s). The aircraft was re-delivered to the long-term customer mid-February.

An Airbus A320neo was re-delivered after a 6- and 24-month inspection back to its customer mid-February. During the ground-time, AMAC Aerospace carried out a Ka-Band rectification and performed some general cabin interior work on the privately-owned aircraft.