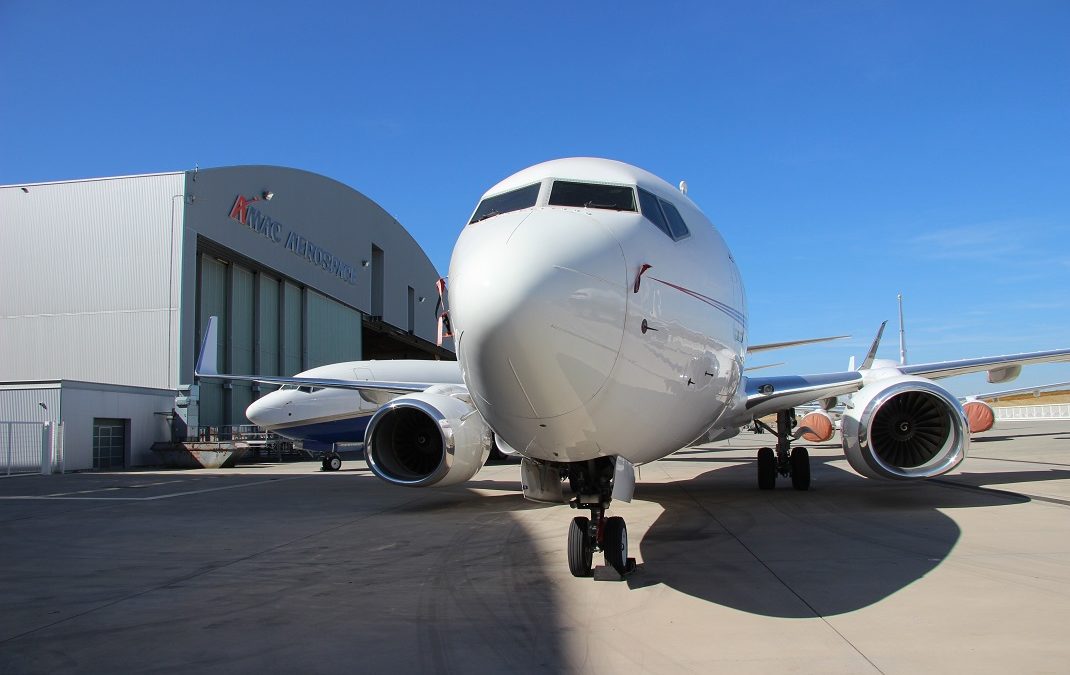 AMAC Aerospace were selected for two maintenance projects on Boeing B737 aircraft in Basel, Switzerland.

On the first aircraft, AMAC carried out an A- and B1-Check. The maintenance input was completed by the end of February and the privately-owned Boeing BBJ was re-delivered on time to the existing customer.

The second Boeing BBJ came to Basel to undergo a registration change and several system defect rectifications. The privately-owned aircraft was released on time and went back to its missions.