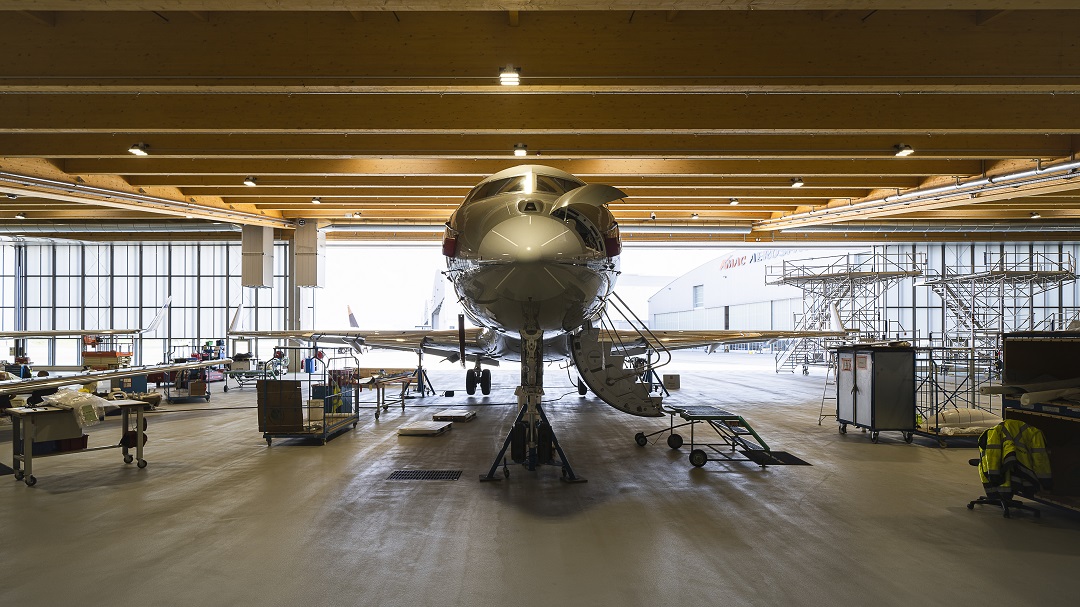 A Bombardier Challenger 300 has been re-delivered at the beginning of December after a due maintenance. The Bombardier team performed a 600-hour check and several SB’s (‘Service Bulletins’). The aircraft was released on time and on budget.

A second Bombardier Challenger 300 was hosted at the same time at hangar 5 in Basel, Switzerland. AMAC’s Bombardier team carried out an elevator repair as well as a radome repair. In addition, the technicians changed the weather radar, a windshield and a nose gear manifold. Before releasing the aircraft, the team completed a lightning strike inspection; the aircraft left AMAC on time and went back on its missions.