AMAC Aerospace proudly announces that three CAMO contracts have been successfully awarded to AMAC Aerospace, Basel.  The first CAMO contract is for a privately owned Airbus A330 aircraft from the Middle East and the remaining two contracts are for privately owned Pilatus PC-12 aircraft, which have been awarded to the facility in Basel, Switzerland.

“These new contracts will strengthen our excellent position even further in terms of CAMO activities on the VVIP wide body and on the small-sized aircraft market and we are pleased to deliver our high quality CAMO services to our esteemed customers” stated Mr. Reto Sgier, CAMO Manager of AMAC Aerospace. 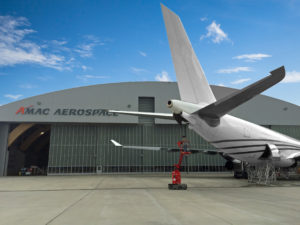 AMAC won a CAMO contract on an Airbus A330