At the Airex event at Istanbul Atatürk Airport, AMAC Aerospace celebrated with style the official opening and inauguration of its new hangar facilities that include garage, spacious office and shop space all to be dedicated to maintenance support on Pilatus PC12-NGs. AMAC Aerospace is exclusive Middle East sales distributor of PC12-NGs.

CEO and Executive Chairman Kadri Muhiddin and Atilla Güney, COO of AMAC Aerospace Turkey hosted a cocktail reception for some 200 guests including leading aviation executives, members of Turkey’s Civil Aviation Authority and the Turkish media. Following speeches welcoming AMAC to the airport from Orhan Birdal, General Directorate of State Airports Authority (GDSAA) and Haydar Yalçin, Deputy General Director of Civil Aviation, Pilatus’ Ignaz Greetener, VP Business Unit, presented Mr Muhiddin with a giant cowbell symbolising their strong new partnership. AMAC exhibited at Airex in conjunction with Pilatus, showcasing their privately-owned Pilatus aircraft which generated considerable buzz from visitors. The Swiss-based company’s newly opened Turkish hangar will support customers from the Gulf. “We are excited about sales in the Middle East and initial response to the aircraft has been very positive. Potential clients show real interest when they learn maintenance can be carried out as close as Turkey,” said Atilla Güney, COO of AMAC Aerospace Turkey. 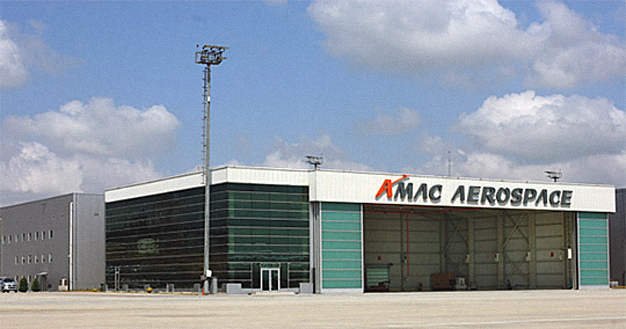