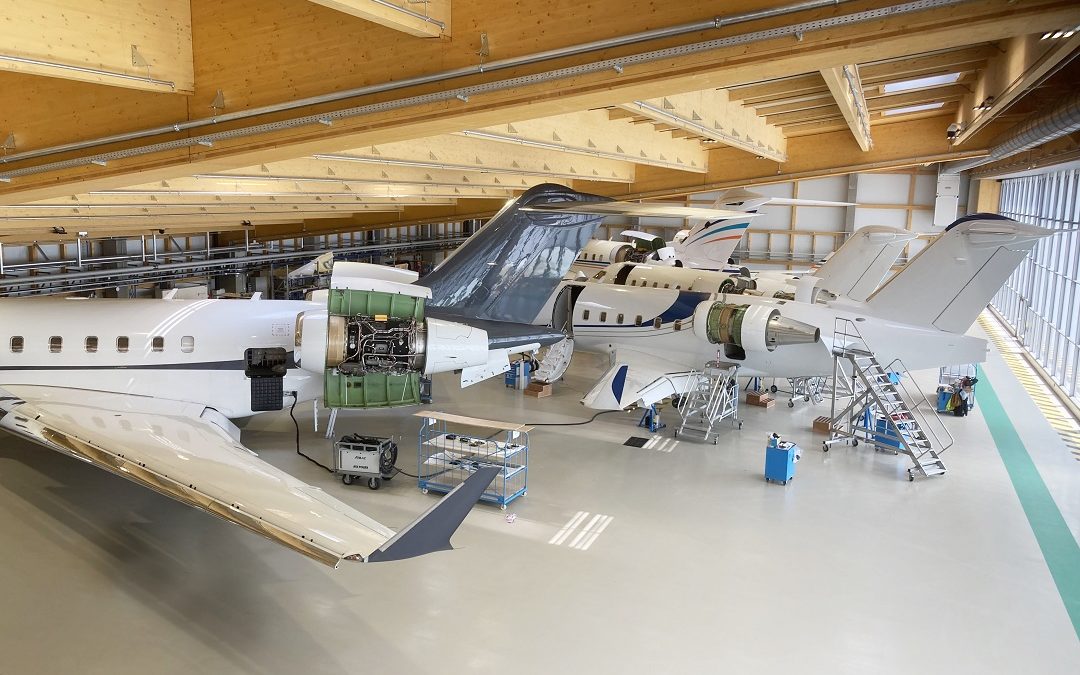 End of August, AMAC Aerospace welcomed a Bombardier Global 6000. The privately-owned aircraft underwent defects rectifications and was released on its missions early September.

AMAC’s Bombardier team performed a Pre-Purchase Inspection (‘PPI’) on a second Bombardier Global 6000. The technicians repaired some structural corrosion and changed the registration number. The privately-owned aircraft has been re-delivered early September.

Early September, AMAC redelivered a third Global 6000 of a new customer: the Bombardier team carried out a scheduled base maintenance inspection and completed cabin interior work under warranty on time.