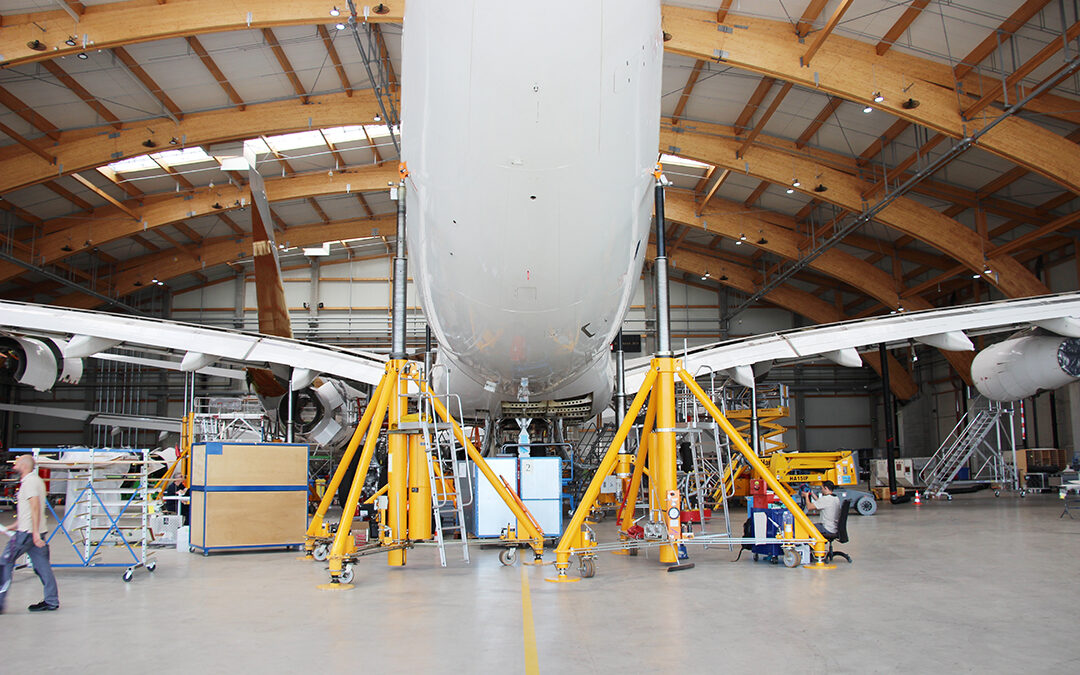 AMAC Aerospace carried out a heavy structural repair on an Airbus A340 in Basel, Switzerland. The privately-owned aircraft had severe structural damage caused by ground support equipment. The aircraft had to be jacked up from nose to tail on 12 jacks inside their hangar. The project was supported and repaired in accordance with Airbus. AMAC’s experienced and skilled sheet metal team were able to repair the damage on the fully outfitted VIP aircraft.

Within the same ground time, AMAC’s Airbus Team performed a variety of maintenance tasks; a 1A, 2A, 3A and 1C check as well as various cabin and system rectifications.

After the structural repair and the maintenance work, the privately-owned aircraft was ferried to a paint facility where it was completely stripped and re-painted with a new livery under AMAC’s quality control and supervision.

At the end of December, AMAC Aerospace re-delivered the A340 to a satisfied customer who was able to put the aircraft back into service immediately.