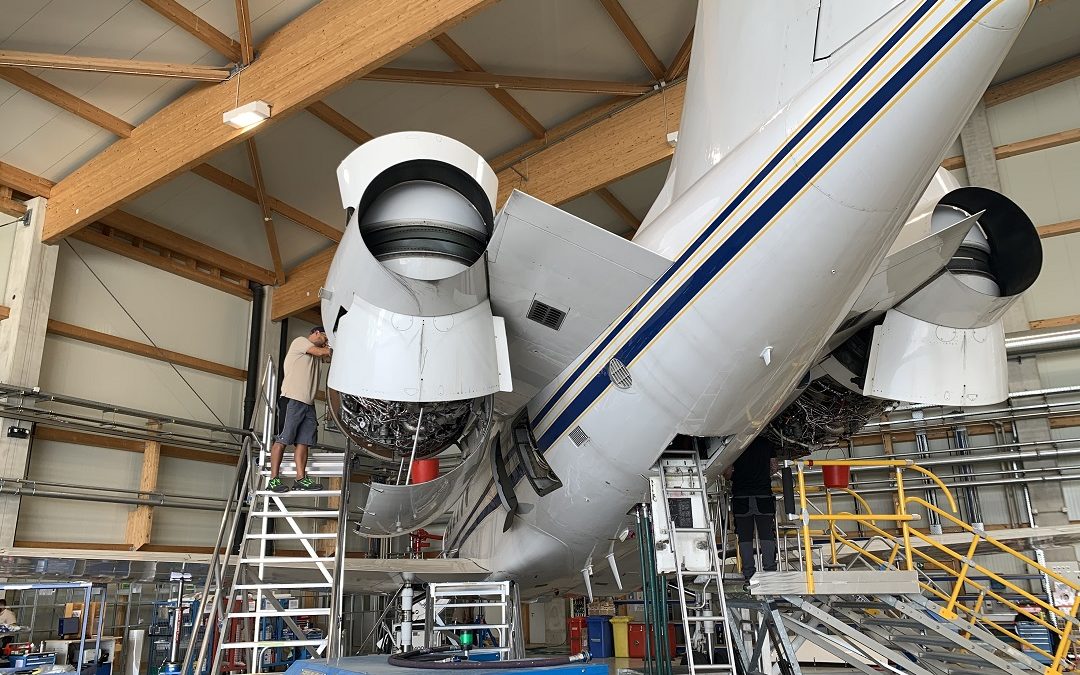 An annual inspection on a Bombardier Challenger 605 has been awarded to AMAC Aerospace. The privately-owned aircraft already arrived at AMAC’s hangar in Basel, Switzerland.

On a Bombardier Global 6000, AMAC’s experts are going to carry out a Pre-Purchase Inspection (‘PPI’). The privately-owned aircraft arrived in mid-September.

A second Bombardier Global 6000 will arrive in October at AMAC’s hangars. The privately-owned aircraft will undergo a 500h/1000h and a 15-/30- month check.

As announced on the September 10, AMAC Aerospace won a project on a Challenger 300; the aircraft will undergo a 24-month inspection. The customer now commissioned AMAC to perform multiple cabin interior work on the privately-owned Bombardier aircraft.

AMAC Aerospace are also proud to carry out a base maintenance check on the privately-owned Gulfstream GV. The aircraft arrived in Basel mid-September.