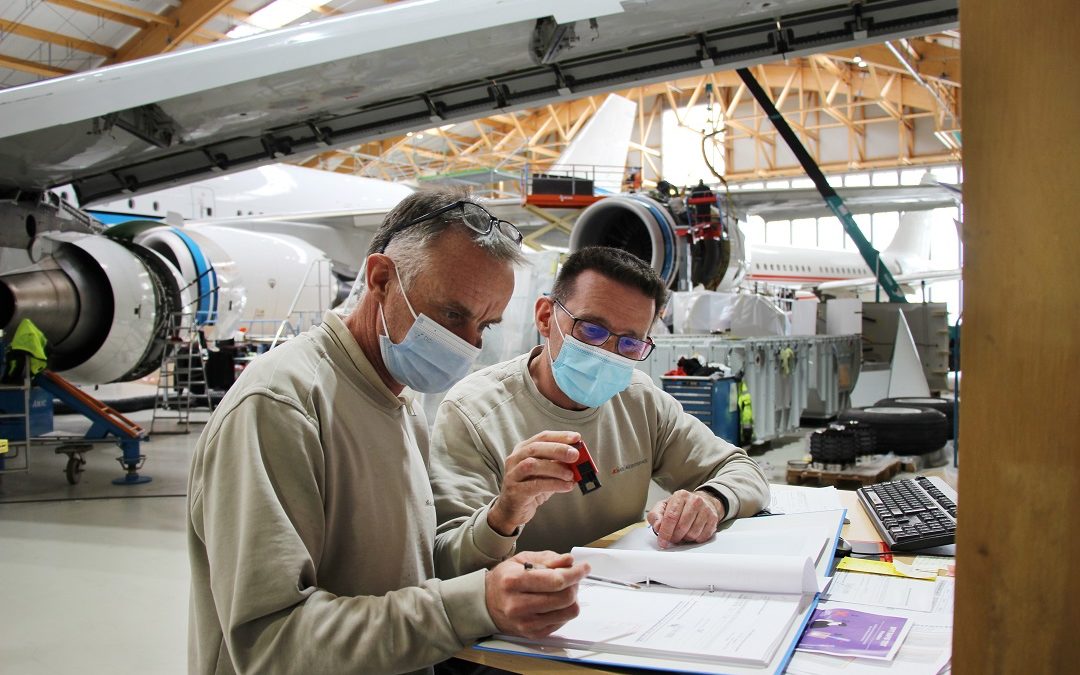 Early April, AMAC Aerospace opened its hangar doors to welcome the first Boeing B737-NG aircraft in Basel, Switzerland. The privately-owned aircraft is undergoing an annual check and a due maintenance. AMAC’s technicians are implementing ‘Service Bulletins’ (SB’s) and ‘Airworthiness Directives’ (AD’s) on the Boeing Business Jet.

The second Boeing BBJ aircraft was welcomed at the same time for an AOG support on short notice in Basel, Switzerland. The privately-owned Boeing B737-NG had problems with the fuel tank; AMAC’s well-trained Boeing Team is fixing the issue so the aircraft can be returned to service as quickly as possible.