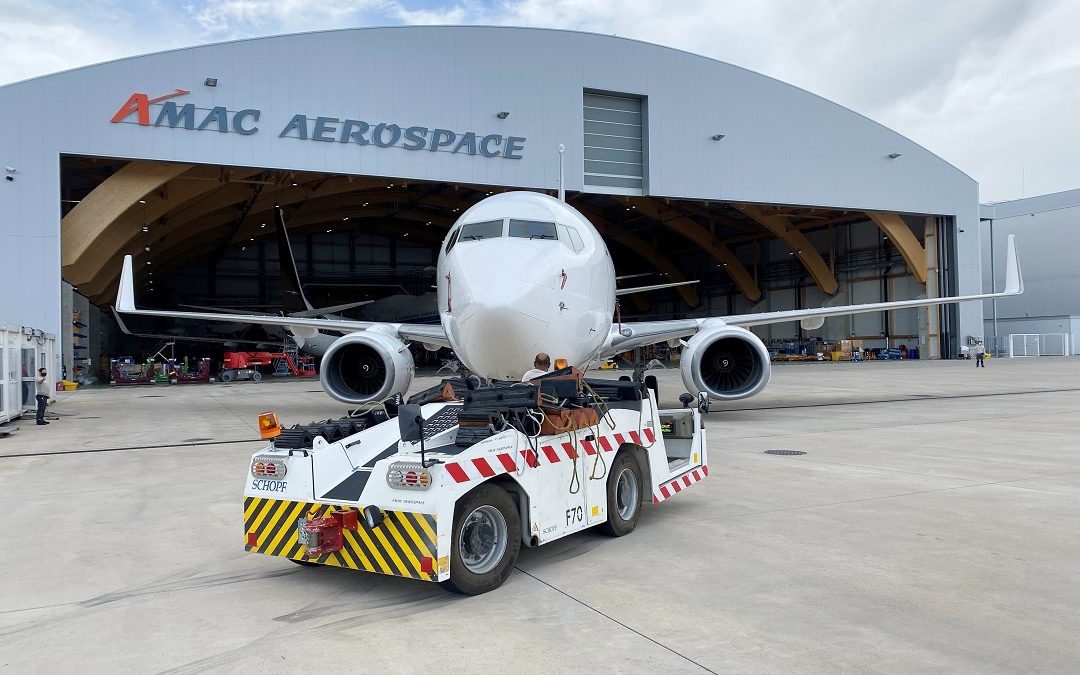 AMAC Aerospace had been selected for a Ka-Band installation on a Boeing B737. The commercial aircraft underwent in parallel an 8A- and a 3C-check including ‘Service Bulletins’ (SB’s) and ‘Airworthiness Directives’ (AD’s). The BBJ was released within a reduced ground time and went back on its missions.